WHAT DO YOU KNOW ABOUT HAMSTRING TRAINING? 🤔

Here's a few quick(ish) fire facts for you to take along to your next leg session.

Do you know why we do certain exercises or are you just doing things for the sake of it?

There are certain isolation exercises for the hamstrings but for the most part, lots of leg exercises will bring all of the lower body into play at the same time eg on leg press or squats, the quads, glutes and adductor/abductor can also get used...so we need to know what we can do to target the hamstrings more if this is a weaker area for you.

In short, the hamstring is made up of three parts:

🔸Semitendinosus which is on the inside of the thigh.

🔸Semimembranosus which is also more inner, but lies mostly underneath the semitendinosus. 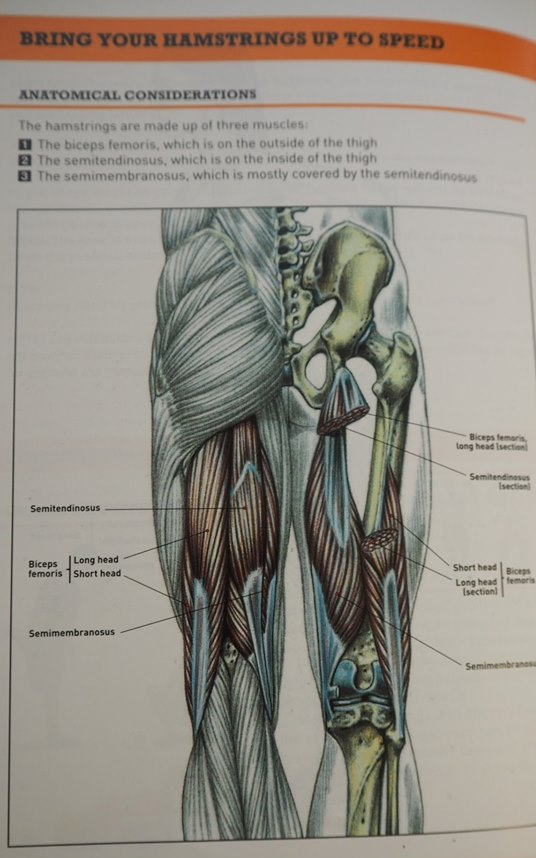 The hamstring is polyarticular which means that it crosses two joints, these being the hip and the knee, so we need to make sure they get worked at their optimal length....in other words make sure you get a full stretch and contraction with each rep.

A few tips for when working on machines:

🔹 Don't over arch your back on lying leg curls

🔹 Keep yourself pressed into the seat when doing seated hamstring curls

Squats do work the hamstrings but the ability to feel and recruit them specifically can be difficult. This is why isolation work is indispensable if you have not yet learned to feel your hamstrings work during compound movements.

If you have underdeveloped hamstrings then it may be a good idea to add a second session during the week away from your main leg workout focussing on hamstrings. This will also allow for better motor recruitment if you struggle to feel them work.

Unilateral work (single leg) is great if you have an imbalance between both sides and actually, you will sometimes find that you can feel them work better by doing one side at a time.

Get more out of your leg press and squat variation by adding bands to make sure that at the top of the movement where the resistance would usually start to decrease, it increases meaning that the hamstrings will have to keep working at their optimal length.

Supersets are a fantastic way to hit hamstrings by combining movements like so:

▪️Pre exhaustion: an isolation exercise followed straight away by a compound, so leg curls followed by leg press.

The hamstrings react very well to forced negatives, if you have a workout partner get them to gently push against safely (whilst you try and resist) the negative portion of certain movements like leg curls, adductor/abductor. For larger compound movements (or for any exercise if you train alone) you can slow down the negative portion of the rep for a few reps at the end of your set.

🔹 Some stretch the muscle to the extreme: stiff leg deadlift & good mornings

🔹 Some work at a shortened position: standing leg curls & lying dumbell curls on a straight bench

2️. Work the hamstrings at different angles:🔸 Movements that bring the feet towards the glutes: leg curls

🔸 Movements that lift the torso: various deadlift and good mornings

🔸 Movements which contract the upper part whilst stretching the lower part: sliding lunges

🔸 Movements which work the above movement in reverse: seated leg curls (leaning forward at the top of the movement)

Stick to something for around 6-8 weeks before changing some bits around.

🔶 Exercises for the hamstrings:

🔷 Exercises which work the whole leg but this variation will help to hit more hamstrings:

Like with anything, the only way to find out what works best for you is to experiment!

How to build your upper chest

𝙏𝙞𝙥𝙨 𝙤𝙣 𝙝𝙤𝙬 𝙩𝙤 𝙗𝙪𝙞𝙡𝙙 𝙮𝙤𝙪𝙧 𝙪𝙥𝙥𝙚𝙧 𝙘𝙝𝙚𝙨𝙩 Who doesn't want a shelf like upper chest?! It looks impressive and ties in nicely to your front delts giving it a wonderful 3D look

Why you shouldn't skip Leg Day!